Use Case: Gradient Racing, edge software from LF Edge team up for the win 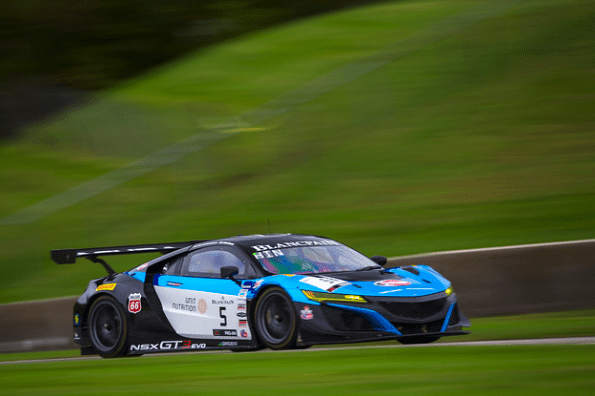 It takes more than a powerful car and gutsy driver to win an auto race – these days it helps to have artificial intelligence and edge computing technology.

Texas-based professional auto racing team Gradient Racing is leveraging edge technology to power wins in the GT3 category of the Pirelli Triple Trofeo Racing series by partnering leveraging technologies under the purview of LF Edge. A blog post from the organization provides an interesting glimpse into a use case for edge software that is providing benefits well ahead of the autonomous vehicle examples typically being promoted as an edge computing use case.

Gradient is working with simulation technology from Motorsports.ai for more precise car configuration in terms or parameters such as suspension, aerodynamics, and transmission temperature, and is using Industrial IoT Fledge with Google Cloud, ML, and digital twins and simulators to improve machine operations.

To create a virtual racing environment, Motorsports.ai used machine learning technology to create an AI driver that would behave similarly to a human behind the wheel. Linux Foundation’s Fledge was rolled out to collect data used in training the algorithm for race simulation and digital twin verification.

Fledge was first developed by Dianomic Systems and is one of the projects under the LF Edge consortium. An open-source IIoT framework, Fledge us used to collect and process data from sensors to leverage machine learning models to eliminate data silos and create a unified method for developing, managing and securing IIoT applications.

In this case, Fledge collects performance data twenty times per second from more than 2,000 in-car sensors. More than 1GB of data was collected per test run, including details such as car information and driver action, and sent to Google Cloud. Google’s TensorFlow then validated the digital twin and improved prediction accuracy. The same data was collected with Fledge in a virtual prototyping environment and distributed through a KubeFlow framework.

The Motorsports.ai simulation upgraded suspension and alignment settings for races Gradient participated in last year after tens of thousands of simulations performed. Gradient broke the Circuit of the Americas track record by over 1.1 seconds and the Mid-Ohio Sports Car Course record by more than 1 second. Gradient won the national GTB1 championship title of the 2019 Pirelli Triple Trofeo.