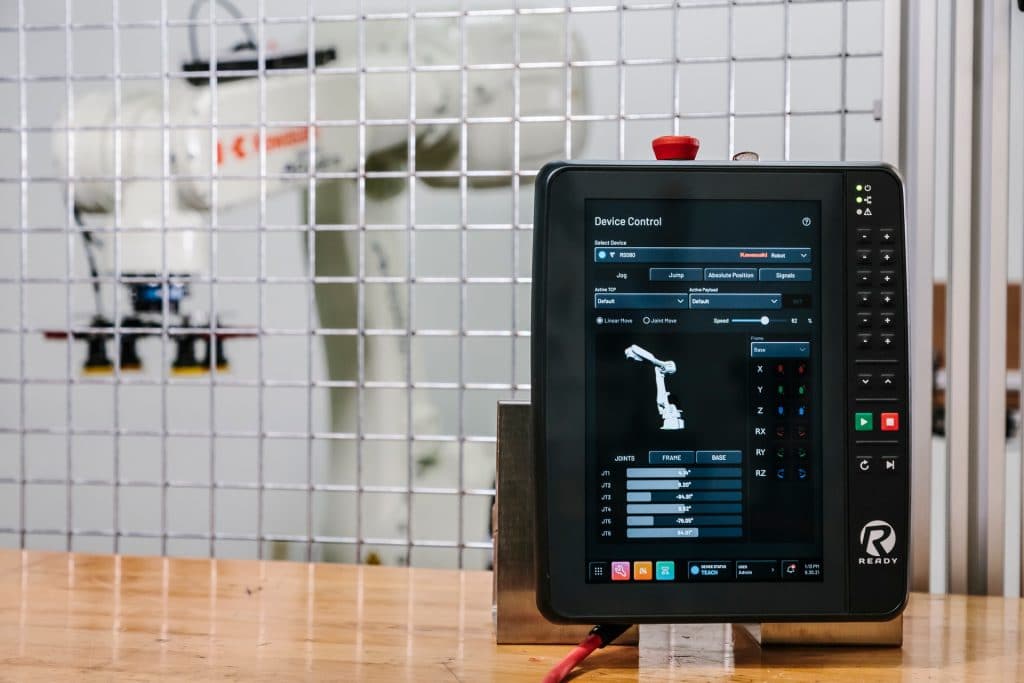 Ohio-based Ready Robotics, a provider of robotic operating systems, has announced a strategic investment by Nvidia to accelerate the adoption of advanced industrial automation systems. The terms of the investment were not disclosed.

Ready Robotics is known for developing the Forge/OS 5 platform that serves as a “universal” operating system for industrial automation. The OS 5 software enables the use of application programming interfaces (APIs) to standardize control of industrial robots and devices, much like a desktop operating system enables third-party applications to control non-standard hardware.

The Ready Robotics’ Forge/OS will be integrated with the Nvidia Omniverse Isaac Sim to ease the development process and accelerates time-to-market for industrial automation deployment. Enterprises and even small manufacturing businesses can leverage this integration to let factory workers program industrial robots.

“For factory workers, that interface is a no-code tablet which allows them to upskill to become a robot programmer within weeks,” Gibbs added. “For software developers, it’s a standard API that unlocks data streams from over 3 million compatible robots deployed today.”

Ready Robotics’ Forge/OS 5 platform is a unified solution for controlling hundreds of industrial robots and enables easy control of every device in an automated way. The platform comes with native applications and also supports custom third-party applications.

“Manufacturing has been held back for decades by software silos between robot vendors. We have reduced those barriers with a standard interface that simplifies deployment for enterprises and dramatically increases the market opportunity for the automation industry,” said Ben Gibbs, CEO, and co-founder of Ready Robotics.

Some of the native applications include task canvas, device control, and device configuration. Task Canvas is a native Forge/OS application that simplifies robot programming. It is a flowchart-based interface that does programming on hundreds of industrial robots and automation devices. This becomes a unified single-user programming interface to control and monitor all the robots connected within the work cell. Device control is another native application designed to “seamlessly” control every connected automation device in real-time.

Forge/OS 5 platform is pre-configured for 250+ industrial robots from several OEMs, including FANUC, Kawasaki, ABB, etc, and several more integrations are in progress. The device configuration is a native application to simplify the process of adding peripherals to the robotic system.

Nvidia’s investment is part of an effort to help startups and other companies expand into new markets by working with large industrial conglomerates. Nvidia is also joined by Micron Technology and SIP Global Partners for the new investment in Ready Robotics to improve and enhance the existing Forge/OS 5 platform and expand the support for the industrial IoT ecosystem across markets in the Asia and the Pacific regions.