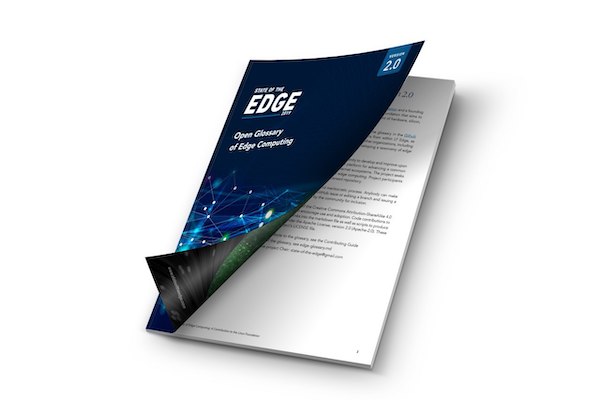 The Linux Foundation’s LF Edge umbrella organization has released the second version of its Open Glossary of Edge Computing to provide an update to the open standard terminology document.

The new version 2.0 follows up on the 2018 release and aims to provide a shared, vendor-neutral vocabulary for edge computing to aid communication and accelerate innovation within the field. The latest version represents a year of updates across multiple edge computing projects. It covers approximately 80 definitions over 17 pages, from “3G, 4G, 5G” to “xHaul (‘crosshaul’),” with general descriptions and cross-references to other entries in the glossary.

Interested parties can access the Open Glossary of Edge Computing through the publicly accessible GitHub repository, or read it as part of the State of the Edge 2019 report due in December 2019. It is presented under a Creative Commons Attribution-ShareAlike 4.0 (CC-BY-SA-4.0) International license.

“The Open Glossary of Edge Computing exemplifies a community-driven process to document and refine the language around edge computing,” said Arpit Joshipura, general manager, Networking, Edge, and IoT, the Linux Foundation, in a statement. “As the diversity of LF Edge increases, we want frameworks in place that make it easy to talk about edge computing in consistent and less-biased ways. It’s imperative the community comes together to converge on a shared vocabulary, as it will play a substantial role in how our industry discusses and defines the next-generation internet.”

According to the announcement, the glossary is intended to provide a resource not just for practitioners and vendors, but also for analysts and journalists.

With the v2.0 milestone, the next big task for the Open Glossary will be to recommend standardizing the lexicon across all of the LF Edge projects, according to Matt Trifiro, CMO of Vapor IO and chair of the Open Glossary of Edge Computing. “The LF Edge projects span the continuum from cloud to device. Each project has evolved organically, often with its own vocabulary, and our goal is to both respect each project’s history but make it practical and possible to talk coherently across projects using terms and phrases that mean the same thing. This will be a long-term community effort,” he said in a statement.

The project welcomes contributors through its GitHub repo to encompass a diversity of perspectives, according to the announcement.