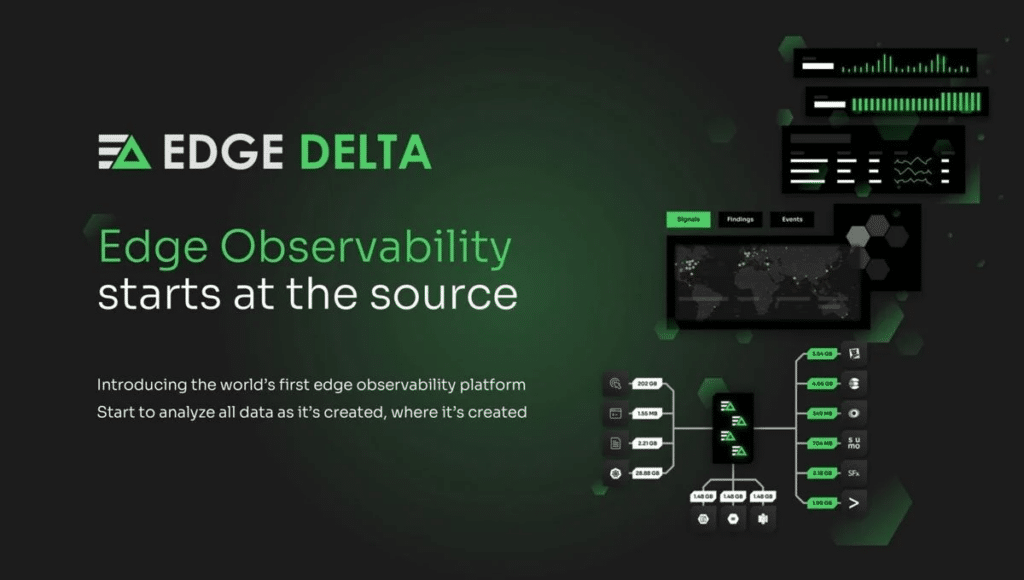 Seattle, Washington-based Edge Delta identifies a major flaw with the conventional centralized cloud-based analysis, namely the enormous volumes of logs, metrics, events, and traces from Kubernetes, Lambda, ECS, and EC2 that impacts the functioning of mission-critical systems, DevOps, SRE, and security teams due to the sheer volume of data. This bottleneck harms productivity and raises costs, the company says. Meanwhile, Edge Delta says its platform analyzes data at the source rather than the cloud, which immediately identifies hotspots and abnormal behaviors to resolve them quicker.

“It’s clear that traditional approaches for collecting and analyzing data fall short against the tsunami of data impacting organizations today,” says Ozan Unlu, CEO and founder of Edge Delta. “As the first and only player in edge observability, we enable our customers to harness the tremendous power of enterprise data while generating significant gains in cloud spend and mean time to resolution (MTTR).”

“Edge Delta elegantly streamlines companies’ abilities to wield their growing avalanche of data in any form. By providing full data visibility faster and with deeper insights, Edge Delta is becoming the key to unlocking a world of new functionality across security, DevOps, and SRE,” says Morgan Livermore, partner at Quiet Capital.

The company says it will use the funding for corporate growth, including hiring, marketing, and product innovation. Crunchbase says Edge Delta has raised a total of $81 million since 2018.