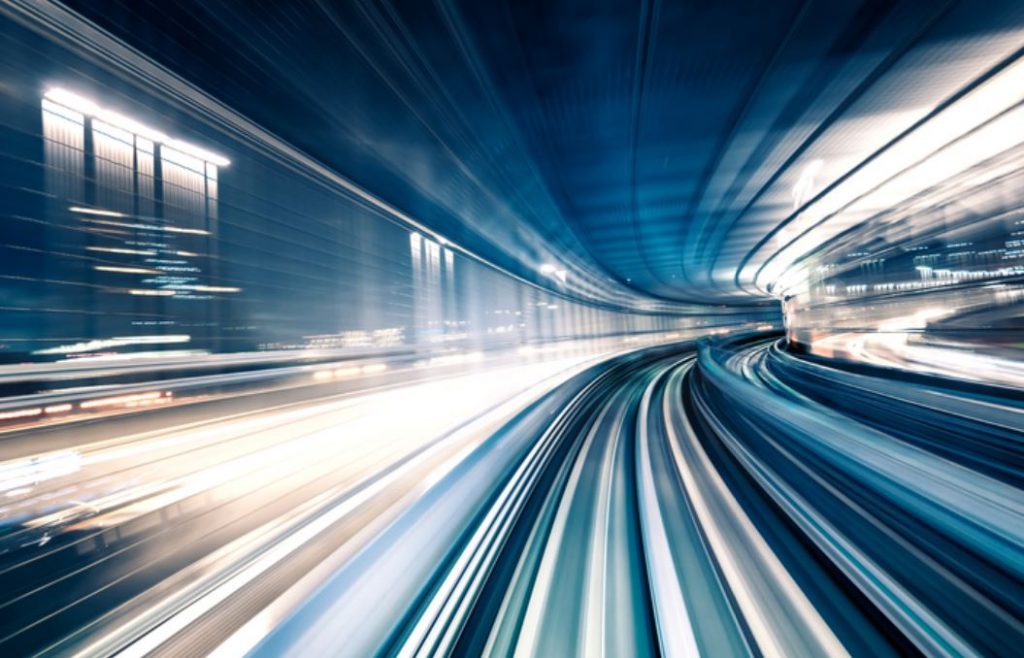 The old paradigm for digital products could be characterized thusly: build IT infrastructure to support a service and “bring” your customers to the application. As many developers have learned, changing expectations on the part of both human and machine users have made high performance an essential part of application value.

The problem is that the client-server architecture that has long characterized application development used to assume that users were near the application. The growing use of mobile devices such as smartphones connecting to applications over the public internet is just one of the trends that highlighted a key issue with this approach: latency.

Latency: In networking, latency is the time taken by a unit of data (typically a frame or packet) to travel from its originating device to its intended destination.

Note that in a client-server architecture, data sometimes needs to go from client to server and back to complete a function or request. This latency is referred to as round trip time (RTT).

Distance is one of the biggest obstacles to overcome when trying to reduce latency. Latency from San Francisco, CA to New York City, NY is roughly 70 to 80ms, one way. Considering that in the case of web pages, over 50% of users abandon a site if it takes longer than 3 seconds to load, it doesn’t take too many missed or delayed packets for latency to add up and kill the user experience.

The logical conclusion is that moving application logic closer to the end-user is key to performance. This is true-most of the time, and location informs much of what is being called edge computing. We’ll explore other factors that influence latency in later articles.

One source of definitions about where edge computing is located in the Open Glossary of Edge Computing, which is an open-source project under the stewardship of The Linux Foundation.

Defining a view of what edge computing is, the report states:

Edge Computing: The delivery of computing capabilities to the logical extremes of a network in order to improve the performance, operating cost and reliability of applications and services.

This definition allows for edge services to exist at different layers that extend from the ‘core’ or ‘central’ cloud. A few key terms from the study (see diagram 1): 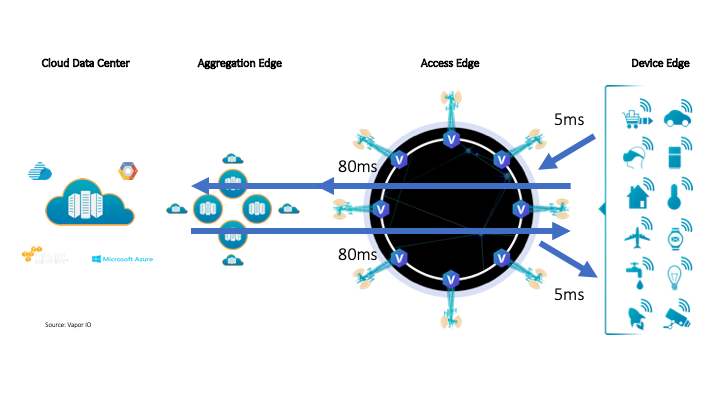 • The device edge refers to edge computing resources on the downstream or device side of the last mile network. These include laptops, tablets, and smartphones as well as connected automobiles, environmental sensors and traffic lights.

• The access edge is the part of the infrastructure edge closest to the end-user and their devices. Edge data centers will be placed at regular intervals in urban and suburban environments such as the cable or telco headend or the base of a cell tower. In terms of latency, these resources are expected to be located within 5ms to 10ms of the device edge.

• The aggregation edge refers to a portion of the edge infrastructure which functions as a point of aggregation (located in regional datacenters, in diagram 1) for multiple edge data centers deployed at the access edge sublayer. For example, a CDN can act as an aggregation layer by caching content and performing functions on requests before core delivering requests to core cloud (or dedicated ‘origin’) infrastructure. These resources are generally expected to be located within 50ms of the device edge.

• The infrastructure edge refers to IT resources that are positioned on the network operator or service provider side of the last mile network. The infrastructure edge is a broader term that includes both aggregation and access layers. All outer layers of the model may still in many cases communicate with an application or data residing in a cloud data center.

In summary, there are several different edge locations where technology vendors are aiming to supply products and services. The location of the application-or event just component parts-and the source of data all will play a role in which layer that the developer chooses to run their application. In subsequent articles, we’ll examine how developers might use these edges for different consumer and enterprise services.

Previous Article:
Edge compute IPOs are here, signaling future demand for data center capacity
Next Article:
All along the cell tower: where to place edge and micro data centers?