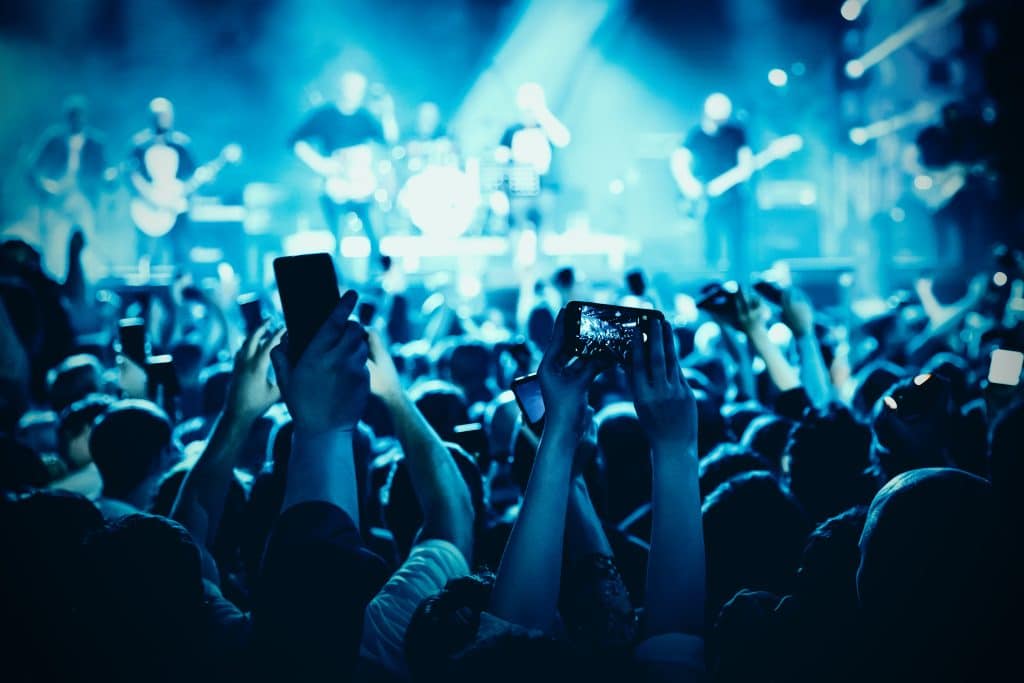 T-Mobile and Mixhalo, a 5G Open Innovation Lab graduate and startup, are teaming up to deliver an immersive audio experience for live events.

Mixhalo developed a technology that transmits high-quality audio in real-time to people wearing headphones at concerts or any other live event. Mixhalo co-founder Michael Einziger, also the guitarist for Incubus, realized on tour that performers on stage had a better audio experience than fans due to ear monitors. Einziger realized that offering the same level of experience to fans could be a groundbreaking experience.

While Mixhalo typically relies on Wi-Fi to deliver its soundboard audio experience to concertgoers, the company wanted to explore how 5G could improve the listening experience.

During the concert, Mixhalo had a band play classics. At the same time, the audience listened to the music from Mixhalo’s app through earbuds.

According to T-Mobile, sending audio to the audience can be problematic because they sit in front of prominent speakers, emitting sound waves at over 1,000 feet per second. Assuming you are 50 feet from the speaker, your phone has to get the audio in less than 50 milliseconds.

The audience will hear a distracting echo if the network is too sluggish. According to the companies, T-Mobile’s 5G network was so fast that it beat the sound waves to the audience. The Mixhalo app had to delay the audio from hitting people’s ears so that it was in sync with music coming from loudspeakers. T-Mobile accomplished this task by deploying the Mixhalo server at the network edge to enhance response times.

The Mixhalo crew also muted the speakers and played into the microphones, sending audio through only the Mixhalo app. People who were not at the concert but nearby heard nothing.

“To pull that off for a crowd of hundreds — even thousands — you need a network with super high capacity (for speed and connections) and super low latency (for real-time responsiveness),” said John Saw, EVP of Advanced & Emerging Technologies in a T-Mobile blog.

“Despite the challenges, the event was a success. The audience was treated to an immersive audio experience, and T-Mobile’s 5G network was able to handle the real-time streaming with ease. This demonstrated the potential of 5G for live events and how it can improve the fan experience,” he added.

Einziger believes Mixhalo has the potential to transform live events beyond concerts. With the help of T-Mobile’s 5G network, Mixhalo could offer fans the ability to hear play-by-plays in real-time at sporting events or switch between languages while watching a presentation in another language — all without delay.

Many of the previous uses for 5G at live events have been at sporting events where 5G is used for video transmission and delivery to fans in the stands. The successful test between T-Mobile and Mixhalo is unique in that it showcases the potential of 5G for live entertainment events. Mixhalo could even eventually disrupt the market for sound systems at large venues.

That said, this test is just one example of how 5G and edge computing can work together to create new and innovative experiences. The real test over the long run is whether companies like T-Mobile and Mixhalo can develop business models that support the use of these new technologies. There’s certainly a potential for Mixhalo to provide an extra-fee service at concerts, for instance. That’s something that fans of 5G and Incubus can both cheer.