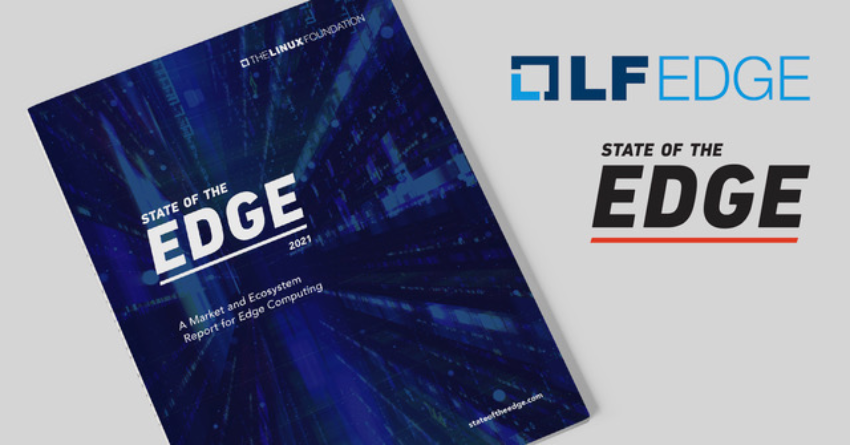 The annual State of the Edge 2021 report, a project under the auspices of the LF Edge group, has increased its forecast for edge computing-related data center expenditures despite the impact of the pandemic on some edge computing use cases.

The updated forecast predicts that between 2019 and 2028, cumulative capital expenditures of up to $800 billion will be spent on new and replacement IT server equipment and edge computing facilities. That figure compares to the $700 billion originally forecast in the 2020 edition of the report.

“Our 2021 analysis shows demand for edge infrastructure accelerating in a post-COVID-19 world,” said Matt Trifiro, co-chair of State of the Edge and CMO of edge infrastructure company Vapor IO in a prepared statement. “We’ve been observing this trend unfold in real-time as companies re-prioritize their digital transformation efforts to account for a more distributed workforce and a heightened need for automation.” The expectation is that these shifts will remain permanent.

The acceleration of digital transformation projects is partly responsible for the shift in spending forecast, which was prepared by Phil Marshall, Chief Research Officer at Tolaga Research. The shift has not been uniform across all industries, however. Some industries showing an increased percentage of the total capital expenditure forecast:

– Manufacturing increased from 3.9 to 6.2 percent, as companies bolstered their supply chain and inventory management capabilities and capitalize on automation technologies and autonomous systems that leverage edge computing systems.

– Healthcare, which increased from 6.8 to 8.6 percent, was buoyed by increased expectations for remote healthcare, digital data management, and assisted living.

– Smart cities increased from 5.0 to 6.1 percent in anticipation of increased expenditures in digital infrastructure in the areas such as surveillance, public safety, city services, and autonomous systems.

The forecast considers 43 use cases spanning 11 verticals in calculating the growth, including those represented by smart grids, telecom, manufacturing, retail, healthcare, automotive, and mobile consumer services.

State of the Edge Co-Chairs Matt Trifiro, Vapor IO, and Jacob Smith, EquinixMetal, will host a webinar on the report on March 18. Edge Industry Review will also provide a deeper look into more of the report’s findings as part of an ongoing series of articles.