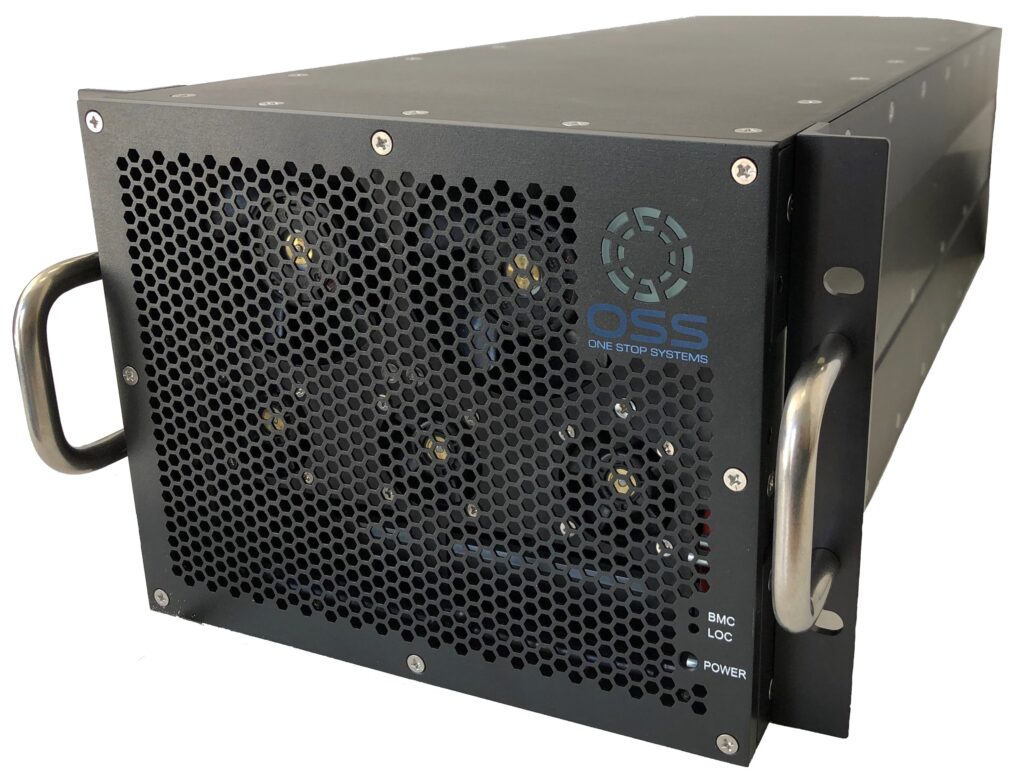 Dubbed Rigel Edge Supercomputer, the machine is reportedly the first to use the Nvidia HGX A100 4-GPU platform in conjunction with the latest Nvidia NVLink GPU interconnect (as opposed to traditional PCI Express GPUs).

Designed for edge applications in relatively restricted spaces, such as the equipment bay of autonomous vehicles or mobile command centers, Rigel’s air-cooled solution measures 25.6” of depth, which can fit in one-half of 4U rack space.

OSS also confirmed that the liquid-cooled version of Rigel will reduce that size to one-half of 3U rack space.

To help meet these stringent standards, Rigel supports a flexible power subsystem including both single and three-phase AC and DC inputs, thus enabling deployment in a wide range of ground station and vehicle-supplied power applications.

“As our most compact and powerful AI Transportable compute server, we believe the Rigel Edge Supercomputer will transform the use of real-time AI for the most demanding vehicle, maritime, and aerospace applications at the edge,” Raun concluded.

The release of Rigel comes months after OSS demonstrated a long-range visual observation system at the Sea-Air-Space 2021 (SAS) conference in August.