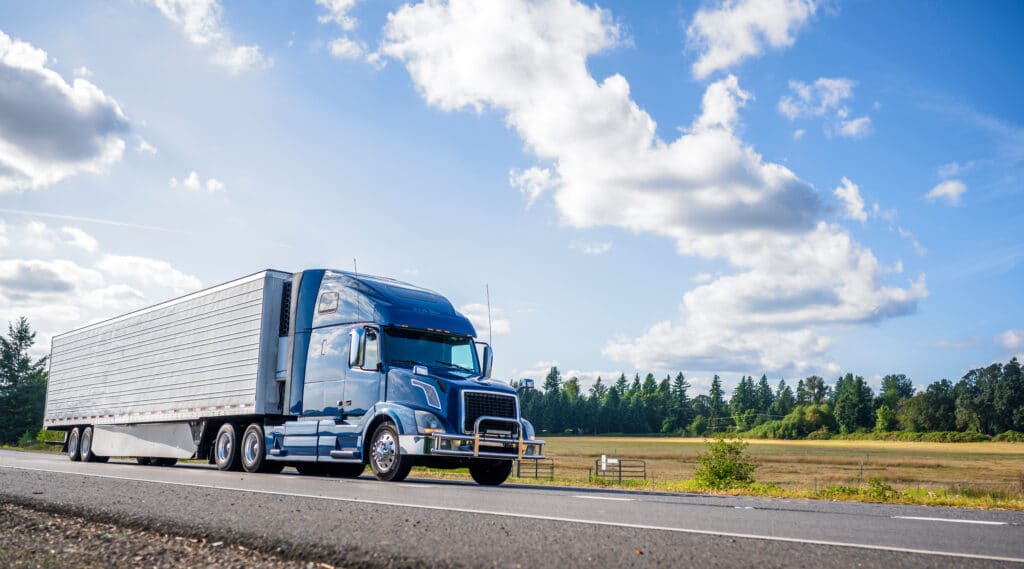 One Stop Systems (OSS) sees a lot of potential for the edge computing market, and one of the fast-growing applications is around the transportation industry and autonomous driving.

The company has pushed forward on the “AI Transportables” edge computing market opportunity it sees. While that market also includes customers in the aircraft and military, the overall value of the global market for autonomous trucking will grow from $528 million in 2023 to $166.8 billion in 2035, according to market research from PitchBook.

OSS is making progress in the market, having won production orders in 2021 from a self-driving trucking company for its ExpressBox 4400, a ruggedized-edge, transportable system.

This year, the company revealed the ‘Centauri’ rugged storage and server platform for autonomous trucks that can easily swap out memory canisters to make quicker exchanges of data, and they announced shipments to a customer in April.

Edge Industry Review spoke with David Raun, CEO and president of OSS, about this fast-moving segment of the edge computing market.

EdgeIR: We talked with OSS previously about the AI transportable concept and how data centers at the edge were being used in aircraft and military applications and autonomous vehicles, including heavy-duty equipment. Which opportunities are you targeting this year?

David Raun (DR): The AI transportable strategy that we put in place identified 16 different verticals; eight in the military and eight in the commercial industrial area. One of the markets that we’re getting traction in is autonomous trucks on the commercial industrial side. We have shipped to three of the autonomous truck leaders and the total market opportunity for the type of products we supply is expected to exceed a billion dollars over time.

EdgeIR:  The Centauri storage accelerator is a complement to the Rigel edge supercomputer project; the product has played a role in four new program wins in Q1 2022. Tell us in brief what is a storage accelerator and what is its role in the autonomous transportation use case?

DR: Trucks have driven hundreds of thousands of miles autonomously, with our equipment onboard. These systems are collecting vast amounts of data — terabytes upon terabytes.

What we’ve done for customers is built this accelerator that sits on the side of the truck. An employee can walk up to the truck, open a hatch, and slide a hot-swappable canister that has terabytes of data, slide in the new one and the truck can go on. This storage accelerator interfaces via a PCI Express cable to the main system, and that way they can get the memory off the truck, which they then place on a server in the [transportation] hub and it uploads. There is no way to send that much data quickly over a network from the truck, so you have to physically move the memory.

EdgeIR: When we use the term “autonomous vehicles” (AV) many people think of Tesla’s and other futuristic vehicles driving themselves around without human intervention. What are you seeing in the AV market in terms of capabilities?

DR: The real value [of AVs] is being able to get a truck to go coast to coast in two days rather than four days because 99% of the time the truck would be on a highway. If they can solve the AV problem just on the highway that’s a big benefit. What customers are doing is [focusing on] hub to hub. The truck will only drive the highway miles autonomously, which is about 1/3 of the complexity of doing city miles. Imagine a truck is driving along and if it needs refueling, it pulls into a hub that is right off the freeway. It would refuel once it got to its destination. It would empty its cargo or trailer, and a regular truck would take it to the Walmart or the final destination in the city.

What else are you seeing in terms of the transportation market? I think you were remarking that a lot of the training of these vehicles has been taking place on open highways. Is that starting to work its way into the city systems or is it still largely autonomous on that open highway?

DR: Autonomous trucks are much further along than autonomous cars. And one of the dynamics is because of the current driver shortage. And the fact that you’re buying more on Amazon than you ever have, and you’re going to require more trucks, so the demand is an economic one. An autonomous truck can produce an ROI twice as fast as a regular truck. So the Amazon, UPS, and FedEx of the world want this.

EdgeIR: Is the AV all-electric or are you seeing the installation of edge computing into internal combustion engine vehicles?

DR: We’re not waiting for [electric trucks]. We’re taking regular diesel trucks, built by Peterbilt, and adding an option that will give them autonomous capabilities. Everything else is normal in the truck; it gets the autonomous capabilities by adding LIDAR, cameras around the perimeter and other sensors, and those feed into our compute and storage systems and work with the software of the system to control the vehicle. The electric portion versus the diesel is totally independent.

EdgeIR: How are you addressing some of these challenges for power consumption and cooling of these compute systems?

DR: The market segments we’re talking about, including autonomous trucks, want as much performance as you can give them. These environments are harsh. We take the latest and greatest technology from the data center and we bring it into these harsh environments, and it survives.

None of these trucks were designed to have a 3000-Watt computer sitting in them. There’s work that goes along with the conversion of the power into something that the computer can work with. We’re making investments in cooling that’s optimized for an autonomous truck. We have suppliers and partners working with us on two different aspects of liquid cooling. One is the type of plate cooling where there’s a plate that sits on the CPU and GPUs. Another method is full immersion; we’re working with one of the leaders there. We’re creating some very innovative products where the system would be fully immersed. And what helps here is that, in a very compact form factor, we can get rid of the heat, and we’re working with the liquid to help the ruggedization of the system. We believe it’s a door opener in a lot of these AI transportable markets.

EdgeIR: Are those technologies going to be handled in-house or do you have some suppliers that are working with you on some of those challenges? Do you anticipate needing to acquire companies to build these systems?

DR: What we’re looking for is acquisitions down the road that potentially would make us stronger, bring more value to the customer and makes us hard to replace. That tends to get into the area of cooling power supplies and additional software layers; it could go into safety functions.

That’s what we think will drive our M&A strategy, as opposed to rolling up other HPC companies.