Helium Networks is a start-up that combines three of the most talked-about technologies of our day: blockchain, IoT and 5G.  The company recently raised $111mn from Andreessen Horowitz and other institutions. If Helium fulfills its promise, it could provide the first viable mass-market business built using blockchain, a technology with many devoted followers but without widespread adoption.

Helium is founded by Shawn Fanning, the legendary (or notorious, depending on your perspective) founder of Napster, the peer-to-peer file-sharing service that broke the recorded music industry for good or bad. As a decentralized cryptocurrency network, Helium certainly has something of the flavor of Napster, but applies the concept to wireless network services. Owners and operators of WiFi hotspots are encouraged to join Helium by the offer of cryptocurrency tokens. Providing coverage and bandwidth are rewarded with Helium tokens.

Helium’s first network, the LongFi Network, is designed for IoT usage. In fact, it’s being used for classic IoT use cases such as asset tracking and water and air quality monitoring. Agulus uses Helium to actuate and monitor irrigation systems, for example. 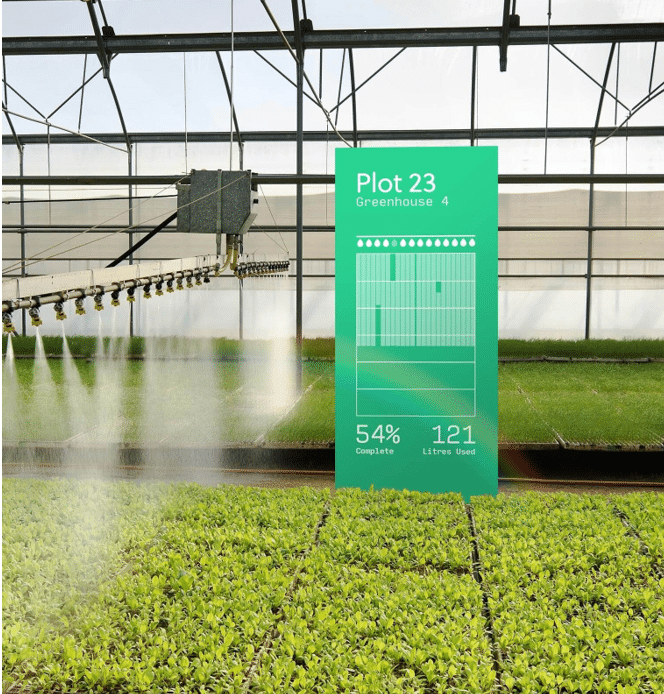 A depiction of automated irrigation systems from Agulus. Source: Helium

Helium says 112,000 hotspots are already deployed already and that their distributed network is a blueprint for how networks of the future will be built out–including 5G. Indeed, the company says its next network will be a 5G network.

As if the burden of expectation when combining so many hot technologies in one business model was not enough, Helium also has been earmarked by the controversial British political strategist, Dominic Cummings. Last month he Tweeted “Consider how UK political parties are decades behind understanding how to use *TV*. No chance *at all* they’ll have a clue re things like Helium, a radically decentralized crypto network. This stuff will grow very fast outside regulation then suddenly shock SW1 like e.g Facebook did.”

While it is easy to scoff at such predictions, it’s all too likely that a successful blockchain or crypto-based network or business will emerge sometime soon.