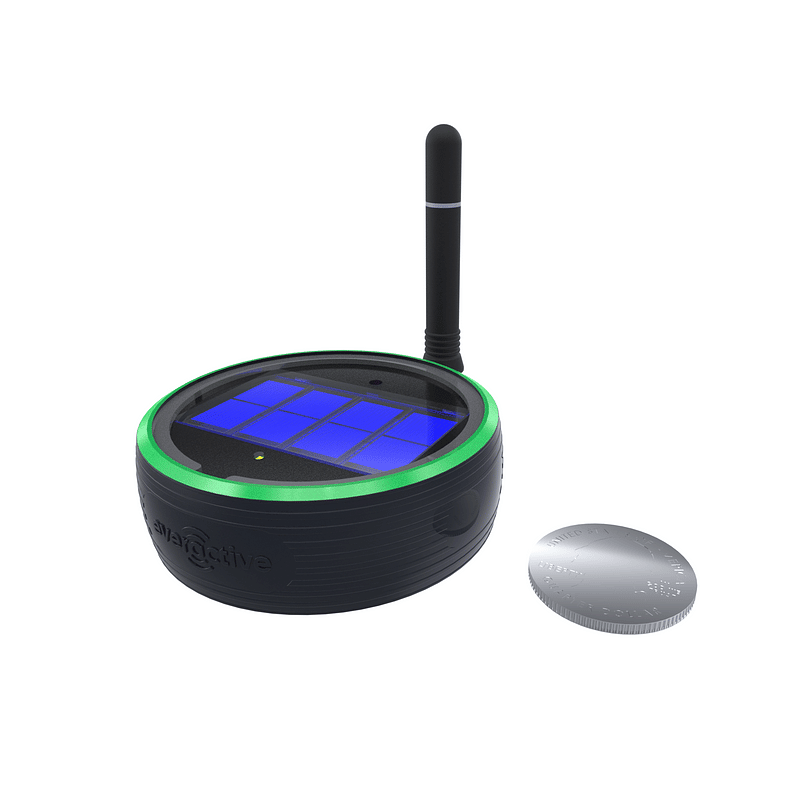 Everactive’s sensor device is shown next to a quarter (shown at scale).
Source: Everactive

An issue for enterprises attempting to scale their IoT products is how to power sources at the edge. Designers often have to make compromises between how long a device lasts, data quality and deployment size. The Everactive development kit promises to end the struggles associated with limited power sources.

“Our core breakthroughs in ultra-low-power wireless systems have overcome both the battery problem and networking issues that have plagued the IoT,” said Dr. Benton Calhoun, co-founder and co-CTO at Everactive. “With that as the foundation, we then built an entire data delivery system specifically designed to manage the massive influx of new real-world data sets only made possible by batteryless technology. Ultimately, it is that data—and the derived insights— that matters to our developers and end users.”

Everactive engineers leveraged efficient semiconductors to keep edge devices operating continuously. The hardware devices can measure and wirelessly transmit edge data every 15 seconds. This ability to use harvested energy for data transmission is a significant step forward in developing the IoT ecosystem. Engineers and developers can experiment with energy harvesting technology and explore its use case across the IoT landscape.

Every Everactive energy harvesting device comes with a suite of sensors that simultaneously measure temperature, humidity and pressure. A triaxial accelerometer also measures the vibration in three perpendicular planes. Some other features include low-power Evernet IoT protocol, continuous data streaming, a developer console for data visualization and unlimited user accounts per kit.

The company is currently accepting orders at the price of $599 US.