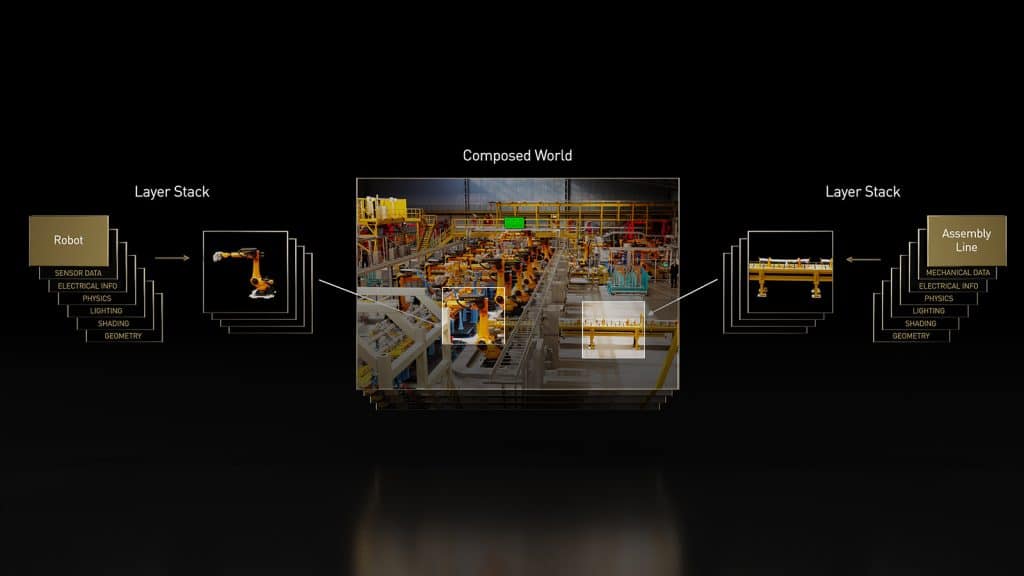 Nvidia announced a plan to transform Universal Scene Description (USD), an open-source 3D framework first developed by Pixar, into a building block for the 3D internet and the open metaverse.

As part of its multi-year roadmap to expand the capabilities of USD beyond visual effects, Nvidia has announced several new collaborative partnerships with leading companies in the media and entertainment industry. For example, they are collaborating with Pixar, Adobe, Siemens, Autodesk and other firms to develop a multi-year roadmap for expanding USD’s capabilities across industries. These collaborations will enable USD to support industrial metaverse applications in engineering, architecture, scientific computing, manufacturing, industrial digital twins and robotics.

“USD is a cornerstone of Pixar’s pipeline, and it’s seeing rapidly growing momentum as an open-source framework across not only VFX and animation, but now industrial, design and scientific applications,” said Steve May, chief technology officer at Pixar Animation Studios. “Nvidia’s contributions to help evolve USD as the open foundation of fully interoperable 3D platforms will be a great benefit across industries.”

In addition, Nvidia announced international character support for USD, allowing users worldwide to participate in digital content development. Geospatial coordinates will be supported, allowing for city-scale and planetary-scale digital twins. Real-time streaming of IoT data will create digital twins in sync with the real world. USD is currently the metaverse language for many media, robotics, gaming, industrial automation, and food and retail businesses, including Volvo and Kroger cars.

“The promise of USD is immense. At Volvo, we immediately understood the value of the open, extensible, interoperable 3D scene description for our metaverse projects. Being able to maintain assets as a single source of truth and bring them from virtual world to virtual world will be seamless in 3D internet consumer applications,” said Mattias Wikenmalm, senior expert of visualization at Volvo Cars.

Nvidia also announced hundreds of on-demand tutorials, documentation and developer tools to speed up USD development and adoption. Users without 3D experience can also create virtual-world environments thanks to the addition of thousands of USD assets explicitly designed for them.

“Beyond media and entertainment, USD will give 3D artists, designers, developers and others the ability to work collaboratively across diverse workflows and applications as they build virtual worlds,” said Rev Lebaredian, vice president of Omniverse and simulation technology at Nvidia. “Working with our community of partners, we’re investing in USD so that it can serve as the foundation for architecture, manufacturing, robotics, engineering and many more domains.”

According to experts, the metaverse may approach $800 billion by 2024. As the market for 3D applications continues to grow, USD may become a significant technology in the space as users seek out truly universal and open metaverse tools and experiences. The addition of tutorials, international character support and geospatial coordinates will make it more accessible for users worldwide to create digital content. The involvement of companies such as Siemens and Autodesk, two major players in industrial technology design and deployment will be critical in Nvidia’s push for USD adoption in the coming years.