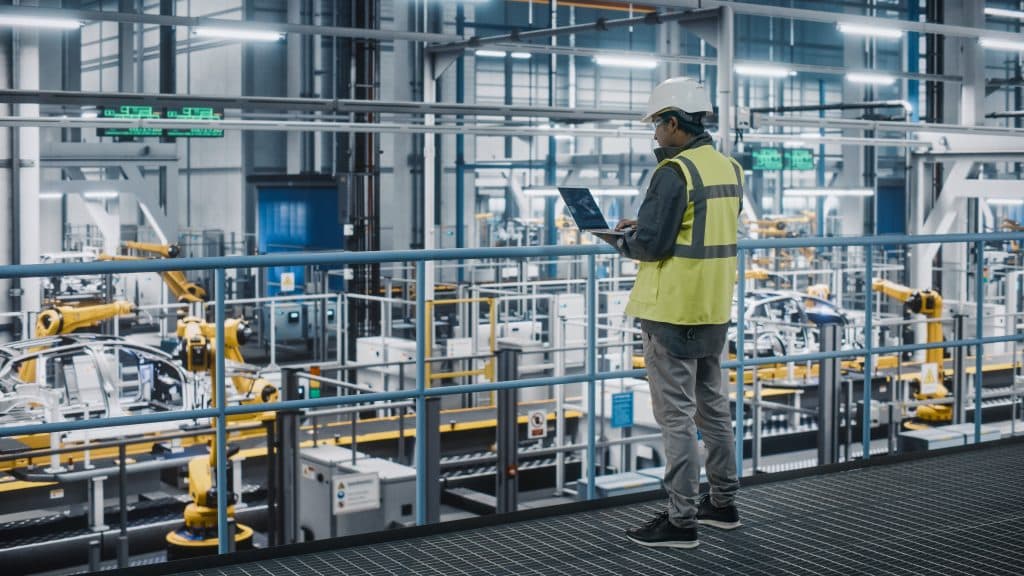 Taiwan-based Cincoze, a rugged embedded computer manufacturer, has launched the DS-1300 series, a rugged embedded computer with workstation performance and the ability to handle heavy processing tasks in industrial edge applications. The company reports that customers employ it in vision-guided robots for smart factory operations such as material picking, product assembly, machine operation, welding and stacking.

The Cincoze DS-1300 rugged computer has a 10th-generation Intel Xeon/Core CPU. It can support up to 64 GB of memory and has an M.2 NVMe slot for additional storage. With its processing abilities, this technology can evaluate images and data from a robotic arm’s cameras and sensors to guide the robot toward the intended destination. This device helps identify defects on the production line, for example.

Cincoze has created the DS-1300 with US military equipment inspection standards in mind, offering features like an expansive temperature range and multiple voltages. It can also function uninterruptedly in harsh conditions, such as when exposed to shocks and vibrations commonly found in industrial manufacturing plants.

Recommended reading: OnLogic talks about the hardware, technology and edge AI that will power Industry 4.0

The DS-1300 rugged computer also has an onboard PCIe expansion slot that can interface with wireless communication modules, such as Wi-Fi, 4G and GPS. This feature allows users to upload important information about the robotic operations to the CPU in real time. The device also has a comprehensive set of high-speed input/output interfaces, including GbE LAN and USB 3.2 ports.