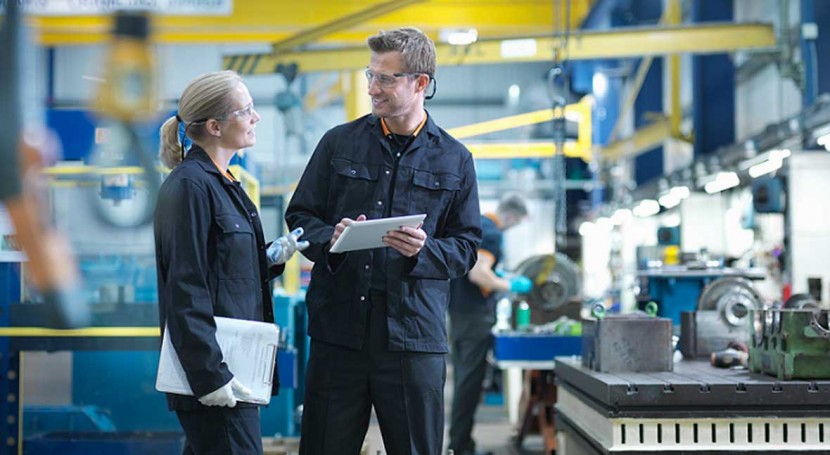 Atos, a global provider of cloud, security and compute solutions, revealed it is using biometric technology from Safr, a division of RealNetworks, as part of a system for worker safety that integrates facial recognition software, cameras, and edge computing.

Worker safety and computer vision applications have, over the course of the pandemic, tended to focus on actions such as fever detection, distance monitoring and mask detection. Atos’ solution takes facial recognition in a different direction. The firm noted that 20 percent of occupational accidents in 2019 (as reported in Germany) were caused by working with machines.

Atos describes two initial uses for the worker safety solution. The first involves machinery such as forklifts which are supposed to be operated only by qualified personnel. The Safr component performs the facial recognition functions to verify identity, while Atos hardware and software are used to allow access to machinery controls only after biometric identification occurs. In short, the employee’s face is the key to the forklift. The second related use case is using the edge server to track the user and machine around a facility and to geofence access to hazardous areas. If, for example, cameras identify a person in the vicinity of the forklift, the edge server can prevent the machine from moving (and hitting a human).

Recently, RealNetworks updated the Safr facial recognition platform with passive biometric liveness checks. The biometric platform’s upgrade introduces new rapid anti-spoofing capabilities with an improved AI-powered liveness detection feature. According to RealNetworks, Safr can now verify that a person is in front of a camera utilizing its algorithms within 0.3 seconds, and at a True Positive Rate of 95.27 percent.

Edge computing and deep vision systems have been used for worker safety in other markets such as construction. The systems are used to alert workers to unsafe conditions (such as being out of a harness or not wearing a required piece of equipment like a helmet). In manufacturing, edge computing and worker safety has been oriented around worker training and equipment repair with the use of augmented reality, for instance. Access control for machinery is another logical step for edge AI and computer vision. With companies like Affectiva developing algorithms for monitoring a person’s distractedness and other states of cognition, one could envision future worker safety systems including algorithms for predicting human-machine interactions that could result in injury.

Previous Article:
Cloudflare to offer Nvidia GPUs for edge AI; will it beat competitors to the punch?
Next Article:
How Equinix is re-thinking network monitoring for hybrid, multicloud and edge