Vapor IO and VMWare launched the Open Grid Alliance with a flourish in April, and they have now released some details for their initial build out. The companies say the collaboration will greatly simplify and lower the costs of deploying distributed 5G systems and real-time applications by stitching together multiple cloud and edge environments.

According to the companies, the Multi-Cloud Services Grid will integrate VMware’s Telco Cloud offering (which includes software for virtualization, networking, and Kubernetes orchestration) with Vapor IO’s Kinetic Grid (including colocation service, infrastructure monitoring, and software-defined interconnection services). Dark fiber provider Zayo is to join the initiative and provide network connectivity to alliance partners and customers. 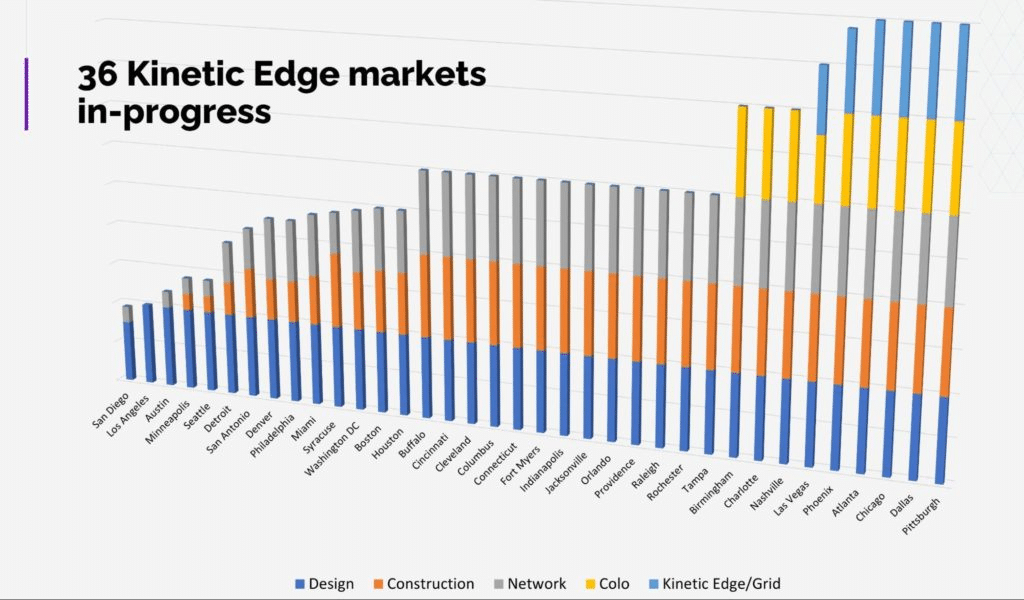 How will the Services Grid work in practice? Executives told Edge Industry Review that thousands of Kinetic Grid ‘sensors’ will continuously monitor the state of Vapor’s infrastructure in the various nodes dotted round the US. Open-source monitoring platform Synse then presents this data through a RESTful API, and the data is queried by VMWare’s Telco Cloud and used to base workload orchestration and workload decisions.

The companies have defined this process as “hypercomposing.” This builds off the notion of hyperconverged infrastructure (HCI), where the resources (storage, compute, networking and management) needed for an application are abstracted and pooled together via software. Hypercomposing takes a “tightly-coupled set of real-time resources on demand [and] will make it possible to deliver network functions, applications, and services at the moment they are needed, deploying them autonomously and algorithmically across the Open Grid based on the needs of the application,” the companies noted in their press release.

Edge IR said back in April that the Grid needs to add other parties to the mix to succeed. It’s good then to see dark fibre provider Zayo added to the mix.

It’s also an interesting decision to start off with virtualization specialist VMWare when other players in the market such as Equinix Bare Metal have gone down the bare metal route. Vapor says that the usability and ubiquity of VMWare within enterprise make it a highly attractive partner, and as VMWare Telco Cloud can abstract across all of the major cloud providers, that gives the project reach from the get-go.

But will end users want the virtualisation overhead at the edge, particularly in rugged remote deployments? One example of use case we can envision here is a manufacturing plant looking at building out a private 5G network, which might want to pull in extra resources at peak periods. All of which brings up the question: is there enough demand for services from the Open Grid Alliance (OGA) partners? How quickly will demand materialize? It will take time and money for OGA to surface viable and repeatable use cases (and this goes for the broader edge cloud market as well); we look forward to hearing details from customer deployments in the coming months.