A UK start-up, Stratospheric Platforms, has designed a hydrogen-powered craft that can fly at altitude and provide 5G or LTE coverage over a radius of 140km.  The idea is to fill in gaps in mobile coverage or serve areas that are difficult to reach with conventional masts. Somewhat counterintuitively, the company says its hydrogen-powered drones are also going to be more eco-friendly than conventional cell masts.

The 20kW rated antenna carried by the Stratomast HAP will cover an area equivalent to around five hundred terrestrial masts. It also has a beam feature that can be bent into shape, covering motorways or canals, or shipping lanes. 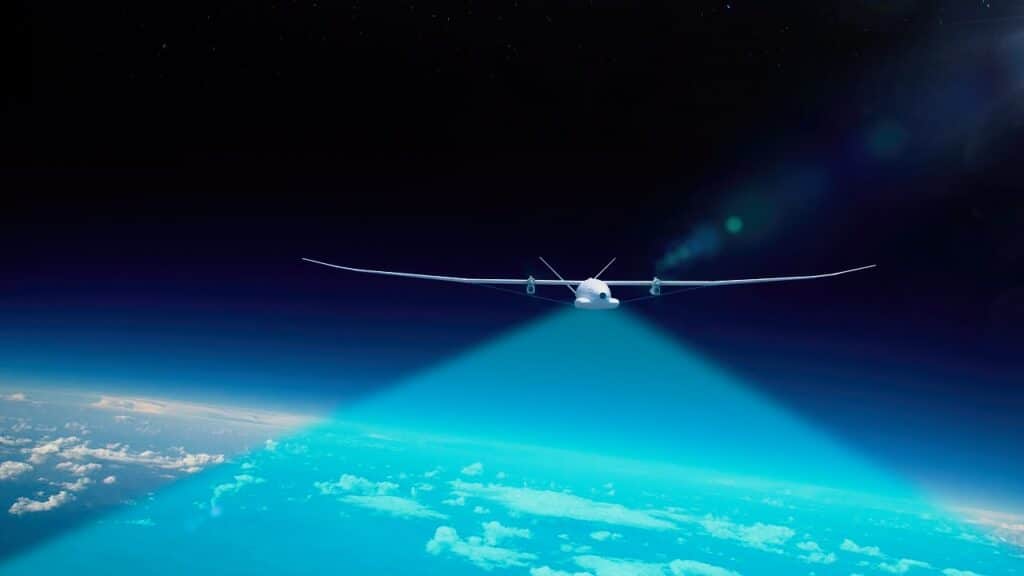 The company puts a large emphasis on the project’s green credentials. Research and consulting firm STL Partners has projected the carbon emissions of its craft and estimates that it could reduce emissions by 10-30% in the UK. The savings would come from decommissioning four to eight thousand cell sites and using the Stratomast to replace cells that operators are planning to build. Specifically, the STL Partners report identified over 0.45 million tons of CO2 could be saved every year by using Stratospheric Platforms’ flying 5G mast, compared to ground-based installations. The consultancy also calculated that by 2035, there could be a net savings of 4.5 million MWh of energy in the UK by terrestrial networks.

Low Earth Orbit satellites are becoming increasingly popular as a way to provide broadband connectivity, but Stratospheric Platforms is taking quite a novel approach with its hydrogen-powered drones. The company has a major backer in the form of Deutsche Telekom, a major investor since 2016. It will be interesting to see if it signs up enough business to truly launch and sustain its business.