Pluribus Networks has rolled out expanded product capabilities for its Netvisor One operating system and its Adaptive Cloud Fabric data center networking software. The updates are intended to enable service providers such as telcos and data center providers to cost-effectively virtualize and automate networking functions across distributed regional and edge facilities.

Pluribus sells into the software-defined network market in which applications operate, manage and analyze network functions on the back of commodity hardware. Company executives say the Netvisor One version 5.1 update comes with a number of industry firsts, including being the first open networking software to support Celestica Edgestone (for central offices) and Seastone2E (for regional data centers), both of which are carrier-grade white-box switches. 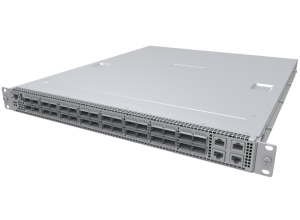 White-box switches (and routers) have little intelligence of their own, and do not have proprietary hardware and networking functions. In the disaggregated model of networking, software functions as the brains that directs data to and from its destination. Pluribus’ model is based around a decentralized network system approach, meaning that there is no single, central controller that is required for the entire system to function.

One advantage of this approach is avoiding a single point of failure in a data center network. Extending this model out to the dozens or hundreds of distributed sites envisioned for edge computing services makes avoiding a centralized approach even more important for performance reasons as well as availability.

According to executives, the update is also the first integration of datacenter gateway router functions into a top-of-rack switch that lowers system power demand in a newly reduced footprint. Compact hardware is important in the context of edge computing, which tends to take place in smaller facilities such as telecom central office facilities. Sometimes facilities on the access edge do not even have specialized environmental controls, making low power consumption and heat dissipation key requirements for hardware systems.

Netvisor One 5.1 also adds integration with OpenStack and Ansible Automation platforms.
OpenStack is an open source platform for enabling cloud infrastructure services that has become popular with many telecom and network service provider companies. Open source Ansible is an agentless provisioning, configuration-management and application deployment tool.

The newest iteration of Netvisor, along with its integration with OpenStack and Ansible, is intended to increase Pluribus’ appeal to the telecom customers that are also looking to manage network services across a large number of edge data center sites. Pluribus is betting that its deployment model holds benefits in terms of lower overall cost and operating complexity compared to other software-defined networking solutions.

Meanwhile, the latest software updates and integrations make the use of Pluribus in the power and space-constrained edge data center environment even interesting to companies that are keeping an eye on upstarts such as Vapor IO, a Pluribus customer that has deployed Pluribus across multiple edge datacenters as a way to interconnect facilities (and the customer traffic being distributed within as well as across sites).