Microsoft has announced the expansion of its cloud services infrastructure with the launch of two new data centers in Wyoming, respectively in Cheyenne Business Parkway and Bison Business Park.

The move is aimed at enabling the company to strengthen its presence in the West Central US datacenter region, while also expanding and supporting the growth and demand for our digital services in the area.

The buildout highlights the sometimes dual nature of edge computing. Data centers built outside of key metropolitan population centers are often considered to be regional edge data centers. While many customers will be using cloud services based in these facilities as a support or backup to ‘core’ cloud services, local Wyoming business will have the benefit of hyperscale-class services as their core cloud.

According to a blog post by Sergio Loureiro, Vice President of Core Operations for Microsoft’s Datacenters, the new facilities will be built using sustainable design and will run sustainable operations. 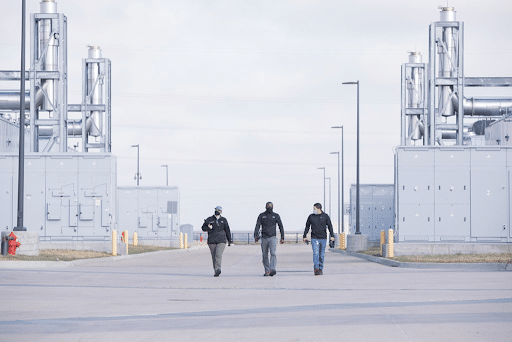 To help preserve Cheyenne’s water resources, the data centers will use adiabatic cooling, a method utilizing outside air instead of water for cooling when temperatures are below 85 degrees Fahrenheit.

The process reportedly uses up to 90 percent less water than other water-based cooling systems, as well as less electricity.

The executive also clarified the establishment of the facilities will enable the employment of more than 700 positions during peak construction.

“In addition to building data centers, Microsoft is investing in new water, sewer, and road infrastructure to create easier access to Bison Business Park, which will also support the growth of new businesses in Wyoming,” Loureiro explained.

The point was also echoed by Wyoming Governor Mark Gordon, who said the growth of the data center industry in Wyoming has been led by Microsoft.

“Governor Mead was the inspiration for bringing the first Microsoft Data Center to the state in 2012,” Gordon said. “The incentives that set this train in motion are working. This is a sector of our growing economy that continues to pick up steam. More and more companies are looking to build in Wyoming in the coming years.”