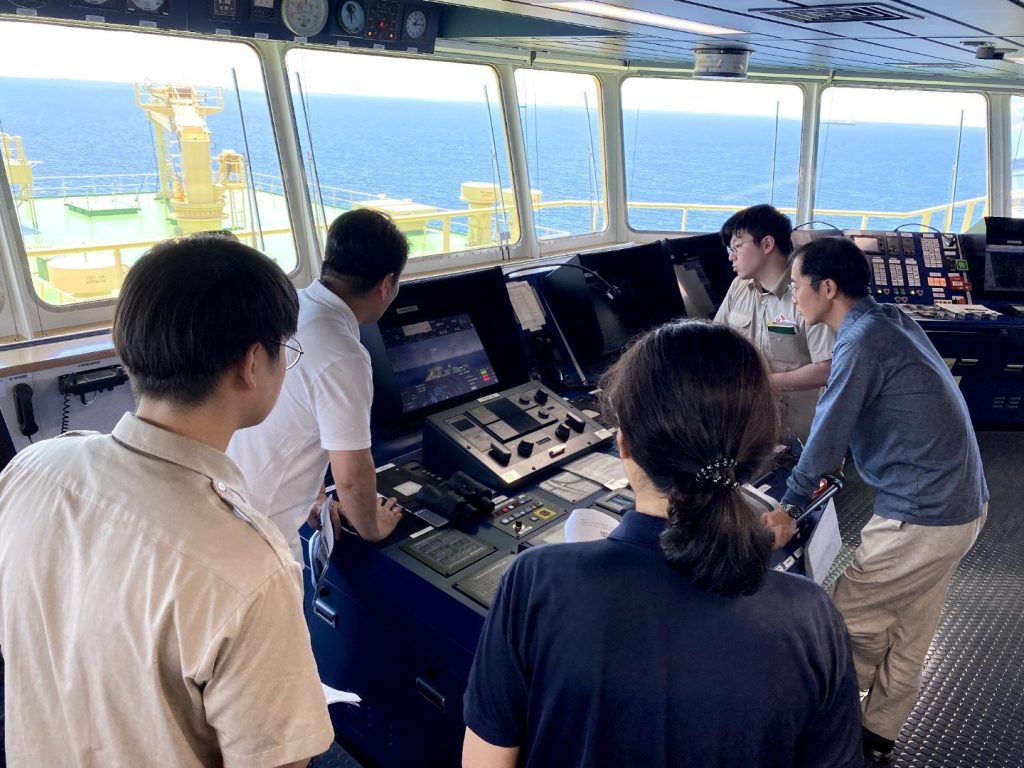 Avikus, a subsidiary of HD Hyundai, claims to have performed the first autonomous navigation of a large ship across an ocean. The voyage showcases the use of edge computing technologies such as camera-based computer vision systems that detect waves and ships, and 8-core Arm-based computer for AI-based object detection.

The autonomous navigation specialist headquartered in Seoul, South Korea, announced the ‘Prism Courage,’ a 180,000 square-meter-class ultra-large liquified natural gas (LNG) carrier, took the journey. It departed from the Freeport on the southern coast of the Gulf of Mexico on May 1, crossed through the Panama Canal, and arrived at the Boryeong LNG Terminal in the South Chungcheong Province in South Korea after 33 days, having sailed across the Pacific Ocean.

The Prism Courage traveled approximately half of the roughly 20,000 kilometers with Avikus’ autonomous navigation technology called HiNAS (Hyundai intelligent Navigation Assistant System) 2.0, a Level 2 autonomous navigation solution. As a result, the journey is better described as semi-autonomous, as it involved some human intervention.

The HiNAS 2.0 is a navigation system that optimizes routes and speeds according to the Hyundai Global Service’s Integrated Smartship Solution. Its computer vision and artificial intelligence recognize environmental hazards like the weather, wave heights, and other vessels, and steers the ship away from the threats. HiNAS 2.0 is said to have avoided about 100 ship collisions, according to Avikus. Being Level 2 autonomous navigation technology means it can control and operate the ship by itself.

Avikus CEO Do-hyeong Lim says, “It is meaningful that we have successfully tested the Level 2 system to operate a vessel beyond the Level 1 technology providing optimal routes.” He added, “We will lead innovation by upgrading autonomous navigation solutions not only for large merchant ships but also for small leisure boats.”

Due to mapping an optimized route, Avikus says it reduced greenhouse gas emissions by 5 percent while increasing fuel efficiency by 7 percent.

Avikus says they plan to commercialize HiNAS 2.0 by 2022 after being certified by the American Bureau of Shipping for the results for autonomous navigation. The company says the benefits of autonomous naval navigation are alleviating workforce shortages in the maritime transportation industry, reducing pollutants, and improving safety.

While autonomous driving takes up most of the attention, autonomous sailing and edge applications for maritime transportation have also found use. Allied Market Research estimates the global autonomous ship market will reach almost $135 billion by 2030.

Other edge inclusions for the maritime industry include digitalization with Internet of Things, improved connectivity services, and smart ports.