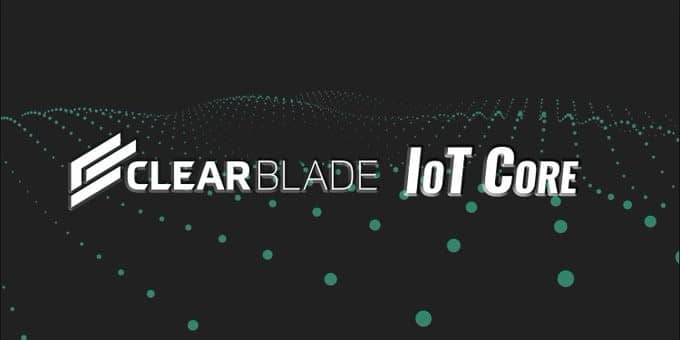 ClearBlade’s CTO Aaron Allsbrook says this will save businesses the time and hassle of rebuilding systems from scratch.

The ClearBlade IoT Core connects and manages data from various devices worldwide. It includes multiple features, such as:

ClearBlade has also announced that they are approved as a GCP Independent Software Vendor (ISV) and Migration Service Integrator (SI). Google has verified and authorized ClearBlade’s IoT Core as a Google IoT Core replacement option.

IoT Core can also upgrade to a private version of ClearBlade’s IoT Enterprise product. The IoT Platform from ClearBlade includes:

Edge users may also use edge orchestration and the ClearBlade IoT Edge platform to transfer their computations and visualizations away from the cloud and into the field.

The ClearBlade IoT platform was released in 2014, with the Edge platform following in 2016. That said, there are other competitors in the space. Losant, for example, offers another Google IoT platform alternative. Losant has been operational for longer than Google IoT Core and was one of Google’s early partners for the service. It bills itself as a more feature-rich alternative to Google IoT Core.

Google’s unexpected decision to cull IoT Core from its product lineup was at least met with a quick move by ClearBlade to position itself as a user-friendly alternative to Google IoT Core. The company says it is offering a straightforward migration process for existing GCP customers.

That news might be welcome, but Google’s reputation for unceremonious closing of services isn’t going to win fans in the enterprise market, especially those in manufacturing and other industries that are more used to products and technologies being used for a decade or more.

Research firm IoT Analytics noted in a blog post in February 2022 that Google had some IoT customers like Philips, the company lacked a digital twin offering and was a distant third in the IoT platform market, behind AWS and Microsoft Azure.

Meanwhile, Losant and ClearBlade both have significant experience in the IoT space, and these smaller companies will be glad to pick up customers forced to exit the Google IoT platform.

Previous Article:
GrayMatter Robotics brings industrial automation to more manufacturers with fresh $20M funding round
Next Article:
Edge computing shows centralized model of networking is broken; how to fix it?