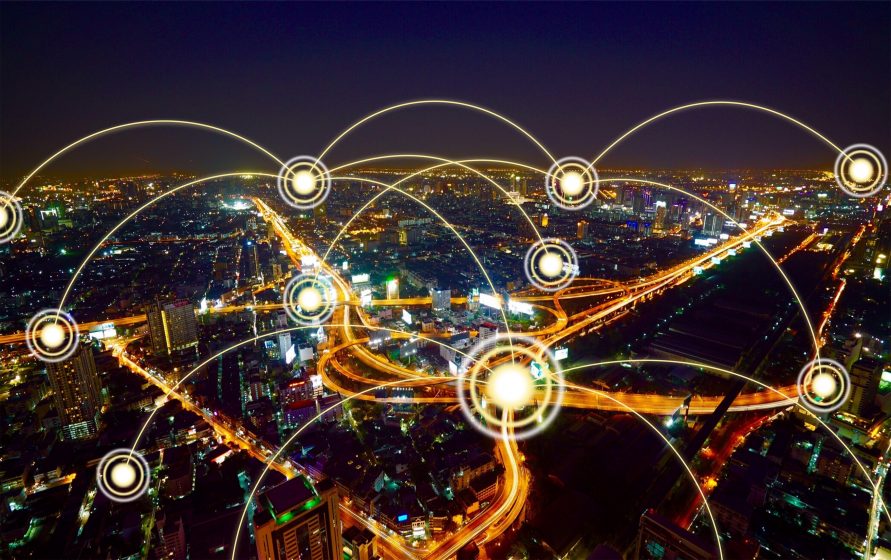 This article was originally published on Biometric Update.

Smart City projects are gaining momentum as biometric tech comes to the fore in the battle against COVID-19, but one company is pointing to another example of its use: border crossings.

Juganu, a provider of smart lighting technology, said it completed installation of technology in three days on the Friendship Bridge that spans the border between the Brazilian city of Foz de Iguaçu and the Paraguayan city of Ciudad del Este. The bridge is a key economic corridor between the two countries but is nonetheless the site of frequent smuggling of goods from Paraguay into Brazil.

Juganu’s key claimed benefit is an LED lighting system that is bright and energy efficient – saving 50 percent over other systems. But the company’s lights also include embedded sensors and broadband wireless networking capabilities. Combined with the systems’ edge computing and AI capabilities, the lights are actually a platform for a number of advanced applications.

For example, bridge operators can use facial recognition, suspect tracking and hazard and distress detection, the company said. The upgraded lighting system on the Friendship Bridge, developed in partnership with CorSight, incorporates sensors and cameras that wirelessly and automatically feed facial recognition and license plate information based on autonomous AI to border officials. This has been hard to do quickly because an estimated 40,000 vehicles and 100,000 people cross the border each day.

The company has technology installations in other cities, including Veracruz, Mexico; Ma’alot Tarshiha Municipality, Israel; a JNET2 Pilot in Xcaret, Mexico and another in Ipanema, Brazil; and Xocomil Water Park, Guatemala.

Juganu, based in Rosh Ha’Ayin, Israel, has translated customer traction into additional funding. In April 2020, the company raised $18m in funding and has reportedly raised a total of $41M to date. The round was led by Comcast Ventures with participation from existing backers Viola Growth and Amdocs.

The global power footprint of edge IT and data center facilities is expected to reach 102,000 megawatts by 2028, according to the State of the Edge report.

For smart city-related deployments of infrastructure edge equipment, the report forecasts an estimated 158MW used in 2019, growing to 3052MW by 2028. While in 2019 more than half of the power footprint is used on smart building and public safety solutions like video surveillance, in 2028 they will account for 36.9 percent and 24.8 percent, respectively, of the global smart city footprint, while the rest will be assigned to traffic signaling, smart lighting, public venues and utilities.

In St. Louis, Missouri, the U.S. Department of Homeland Security (DHS) has conducted an initial pilot project that aims to integrate technologies needed for Smart City deployments and conduct operational scenarios to show the technology in action.

“It’s a framework to facilitate the integration and operability of disparate IT systems,” said Norman Speicher, SCIRA program manager for the DHS Science and Technology Directorate.

Various government and non-profit agencies were involved in running five scenarios during a simulation that starts with a major storm hitting the area after the area has already been saturated with rain. The key geographic information here: St. Louis is next to the Mississippi River, which is prone to flooding events.

Among the five scenarios that were simulated, one of the interesting applications of biometric technology was in monitoring a building fire. According to the readout of the scenario, first responders were dispatched and automatically routed to the incident away from flooded streets. The building had IoT sensors in the walls that could assist with in-building navigation, while other responders were directed to rescue trapped office workers. “When a firefighter battling the flames experienced irregular heartbeats, a physiological monitoring device on his wrist informed the incident commander of his physical distress, and he was assisted immediately,” according to the DHS account.