Sidewalk Labs’ project halted, but this won’t be the end of all edge-powered Smart City 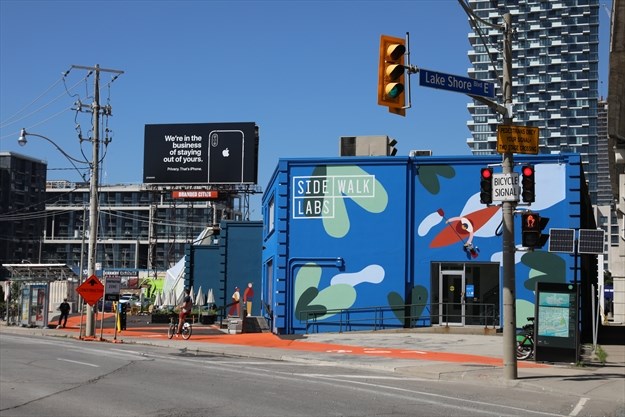 Alphabet subsidiary Sidewalk Labs has put an end to the development of Quayside, a sustainable smart city ecosystem on the Toronto lakeshore, citing financial challenges and real estate market unpredictability.

The project’s end, which comes nearly three years since it was announced, was announced in a blog post by Daniel L. Doctoroff, CEO Sidewalk Labs. Sidewalk Labs is a company owned by Alphabet Inc., Google’s parent company.

“It has become too difficult to make the 12-acre project financially viable without sacrificing core parts of the plan we had developed together with Waterfront Toronto to build a truly inclusive, sustainable community,” according to Doctoroff.

Work on this project may have stopped, but Doctoroff says the COVID-19 crisis emphasizes the necessity to modernize cities to address increasing challenges of affordability and sustainability. Sidewalk Labs has already started looking into this, setting up companies focused on urban mobility, next-generation infrastructure, and community-based healthcare.

Sidewalk’s Quayside project could have been a real city of the future with heated sidewalks and robotic garbage systems. It also had plans for underground delivery robots, driverless buses, smart lights, and a biometric identity system.

Apart from economics, data and privacy were likely culprits in the project’s demise. The project received massive criticism from both Ontario leadership and privacy advocates who said that Sidewalk was being too vague about how it would use the data generated by citizens.

New York might be walking into the same buzzsaw.

Following a video call with former Google CEO Eric Schmidt, New York Gov. Andrew Cuomo announced earlier in May that Schmidt will be on a new commission that will spearhead an effort to modernize the city through advanced technology and to prepare it for a new normal following COVID-19, according to various reports.

The main focus, to start with, will be on telehealth, remote learning, and broadband, generated by an increased interest in contactless and cashless solutions. A day before, Cuomo announced the plan to develop “a smarter education system” in partnership with the Bill and Melinda Gates Foundation.

The panic generated by the pandemic has shifted the perception of advanced technology from a convenient nice-to-have to a near necessity, despite security, privacy, and data ownership concerns.

Not only is Schmidt Google’s former CEO, but he is also chair and AI advisor of the Department of Defense and National Security Commission on Artificial Intelligence (NSCAI). After reviewing a presentation obtained through a Freedom of Information Act request, the Electronic Privacy Information Center says Schmidt was commending China’s interest in massive surveillance through biometric technology, data collection and regulatory loopholes which, by allowing the push for smart cities, digital infrastructure, AI and automation, placed it ahead of the U.S.

After this presentation, NSCAI asked Congress to take measures for “the U.S. to match China’s adaptation of these controversial technologies,” otherwise China’s research and development would surpass the U.S.’ in the next 10 years.

Other more benign Smart City use cases powered by on-device edge computing are emerging. The UK is looking into lowering air pollution levels by installing AI-powered traffic lights, writes The Next Web. Combined with roadside sensors, Bluetooth devices in cars and by analyzing weather forecasts, the system makes predictions about toxic air hotspots and controls the lights to delay cars from entering these areas by 20 seconds.

Developed by smart city firm Now Wireless, trials will first start in Wolverhampton this year, with others also looking into it to ensure they meet legal limits on air pollution levels.