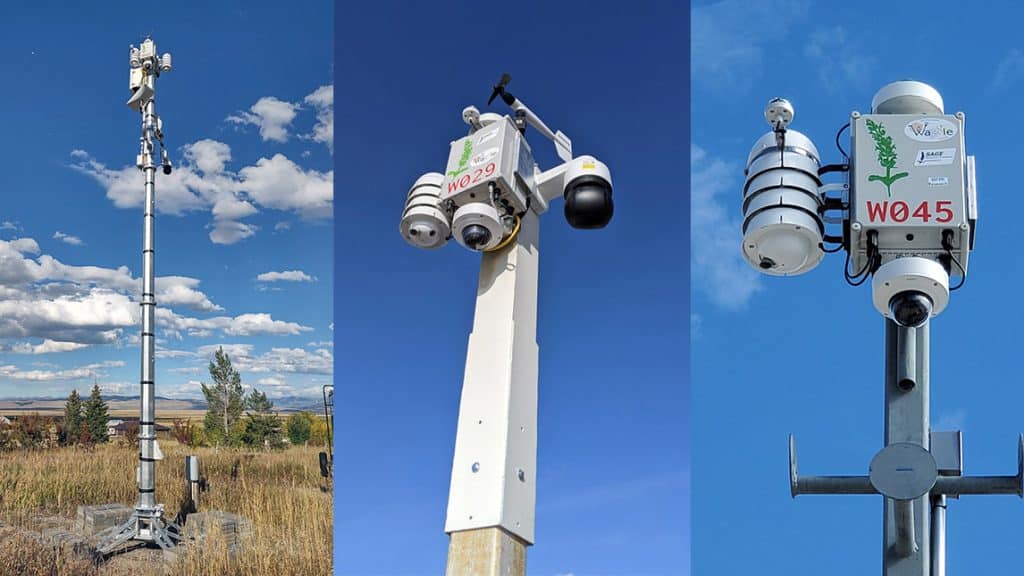 Sage, a new platform developed by researchers, is changing environmental monitoring and data collection with its distributed network of small, powerful sensor nodes. These nodes can collect real-time information about air quality, weather patterns and other local environmental conditions.

“Sage is a next-generation software infrastructure that’s flexible enough to accommodate both urban and environmental monitoring,” said Dan Reed in a University of Utah post. Reed is a professor of computational science, chair of the National Science Board, the NSF’s policymaking body, and the Sage project’s chief architect.

Raspberry Pi microcontrollers and an Nvidia graphics processing unit (GPU) manage the nodes-powered AI engine, allowing them to quickly process and transmit large amounts of data. This distributed system also enables researchers across the country to analyze and respond to environmental changes quickly and easily.

The concept behind Sage is to use advanced machine learning algorithms and edge computing technologies to get fast and accurate results from environmental data. The researchers achieved this process by using sensors deployed directly at or near data collection sites, as opposed to traditional sensor networks that rely on hard drives or remote cloud servers for data processing and analysis. By analyzing images, sound, vibration and other forms of data in real-time, Sage devices can provide valuable insights.

Sage sensors monitor the local environment and provide fast, accurate results. That said, these can often detect changes thousands of miles away. For example, sensors registered the air pressure spike from a volcanic eruption in Tonga that recorded the largest explosion.

The Sage project builds on the successes of the Array of Things (AoT) initiative, a smart cities program launched by former President Barack Obama in 2015. AoT uses intelligent sensing and edge computing technologies developed at Argonne National Laboratory, including the Waggle platform.

The primary aim of AoT was to collect real-time data on urban environments. Charlie Catlett, a senior computer scientist in Argonne’s Math and Computer Science Division and a key collaborator on the Sage project, spearheaded this work. Sage aims to use technology through this collaboration to understand better and maintain our environment.

Several important research projects have already used Sage, including the University of California-San Diego’s WIFIRE project and the NSF’s National Ecological Observatory Network (NEON). These projects use Sage nodes to monitor wildfires and track ecological changes across the US.

“NEON provides expert ecological data from sites across the continent to power the most important science being done today,” Reed said. “NEON is essential to tracking and understanding how human activities impact local flora and fauna as the environment has shifted.”

While Sage is still in its early stages, researchers are excited about its potential for engaging K-12 students in real citizen science. Students can incorporate their sensors and other equipment into Sage nodes to collect data and participate in ongoing research projects. With Sage, young people can actively contribute to scientific discovery and learn valuable computer programming and data analysis skills.

“The nodes have places where young people can plug in low-cost sensors of their own,” Reed added. “Just imagine students interacting with this technology, too, getting excited by the notion that they can do real science, write code, build sensors and capture data in real-time, instead of just reading examples in a textbook.”