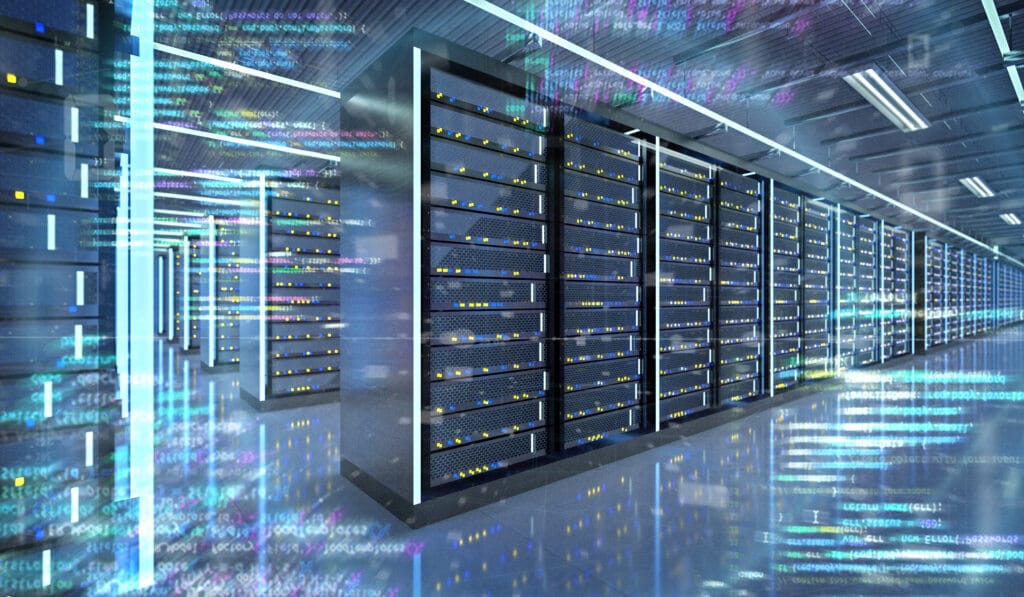 By Philbert Shih, Managing Director and Founder of Structure Research.

American Tower brings a large portfolio of real estate holdings at communication hubs and CoreSite has land that it has not developed aggressively. The goal is to combine these assets, supported by AMT’s capital resources, to kickstart a wider and faster build-out for edge computing services. CoreSite has been a steady performer but has lagged behind others that have invested heavily and pushed more aggressively. AMT plans to change that situation.

CoreSite has a data center colocation footprint spanning eight major metros in the US: Los Angeles, Silicon Valley, Denver, Chicago, New York, Boston, Washington, DC/NoVA and Miami. CoreSite’s data center footprint consists of 25 data centers and it hosts 21 cloud on-ramps. The most extensive footprint of infrastructure and connectivity for CoreSite is in Los Angeles and it has over 1,370 customers in total. CoreSite is primarily an interconnection-oriented colocation business (with 32k connections driving roughly 14% of total revenue) but also plays some in the wholesale market. The CoreSite customer base is strong in networks and connectivity and it also serves public clouds, mobile network operators and the enterprise space. The revenue split by vertical is 41% enterprise, 24% network and 35% cloud. CoreSite has grown through organic means and has not been an aggressive player in M&A. CoreSite recorded about $400m in revenue in 2016. On a TTM basis, total revenue was $638.6m and EBITDA was $344m.

American Tower (AMT) is a recent entrant to the data center colocation space. Just last month, it acquired two smallish data centers in Orlando and Atlanta from DataSite. Atlanta was the start of its data center market entry when it acquired Colo Atl back in early 2019. In between those deals, American Tower acquired Cyber Wurx, a tenant on a floor in the 55 Marietta carrier hotel where Colo Atl is based. These three deals were all on the smaller side but were intended to let AMT get familiar with data centers and help them with the mobile edge scenario it has been exploring. For example, last year, AMT partnered with Flexential and EdgePresence for micro data centers in Atlanta, Boulder and Denver. EdgePresence supplied the data center module, Flexential came in as the operator and AMT supplied the real estate at the base of a wireless tower. The presence in Atlanta gave AMT a chance to set up an edge location that could connect back to its ‘core’ location with Colo Atl at 55 Marietta.

AMT has used the last few years to try and understand how data centers could fit in its wider tower and wireless business and the CoreSite acquisition is a culmination of those efforts. In no uncertain terms, AMT has decided to bet big on the space. Its vision is built around the emerging tiers of infrastructure that will define how workloads are deployed at the edge. Right now, it envisions a core, a metro edge consisting of second-tier markets and a mobile edge within both these markets, situated at strategic communications infrastructure such as wireless towers and C-RAN hubs. The interconnection piece is seen as crucial for tying these different tiers together and it was a primary driver of the transaction. Management reiterated on the transaction call that the interconnection platform was what it was after. It valued the connectivity ecosystem CoreSite has built-in some core markets and the widespread cloud on-ramps, as well as the cloud relationships. Notably, it mentioned that these on-ramps and cloud relationships were ultimately more important than owning hyperscale data centers. ATM views the platform as scalable into second-tier markets and global markets such as Europe. These would be long-term ambitions and the US focus for CoreSite is an asset that fits with AMT’s footprint and strengths.

Given this context, it is not necessarily a surprise that a strategic buyer ended up getting CoreSite, while long-term investment vehicles took QTS and CyrusOne private. Infrastructure-oriented and PE capital is looking for the stability and predictability of hyperscale and has the patience to let it play out. CoreSite, not coincidentally, is less focused on hyperscale data centers and its value proposition is built around interconnection and connectivity. To get to this level of valuation, this had to present a buyer with a core strategic element and AMT was exactly that entity. Long-term investment and building of value versus strategic rationale are driving M&A paths; differing value propositions will dictate what kind of acquirer is ultimately successful. But clearly, either type of buyer are paying at premium levels.

The tiering across a continuum of infrastructure grades and locations, and the blurring of lines between terrestrial (CoreSite and data centers) and wireless connectivity (AMT and towers) as well as across both local, regional and ultimately, international location – is what the strategy is all about. AMT is going after the emerging generation of workloads that will depend on data processing and interaction at the edge (with a heavy wireless component), but need a way to get to the core or in between at the metro edge, where primary production functions are housed and operated. This will be in traditional centers through the carrier hotels and exchanges where CoreSite is present, and over to the public clouds at the hyperscale core. Interconnection is the connective tissue that will make this happen and is the primary rationale for AMT.

AMT has made one of the only big moves it could make if it is to be serious about this game. Interconnection-oriented platforms with scale and presence important markets are far and few between. In short, there is no sense in going small as the market is already starting to see these kinds of workloads. AMT now has the platform is needs to accelerate a build and scale and repeat efficiently, while also giving its primary business a way to step into the future and simultaneously drive value from those assets.